Free delivery to you quickly, anywhere in the world – Free return we are confident in our craft and of our products 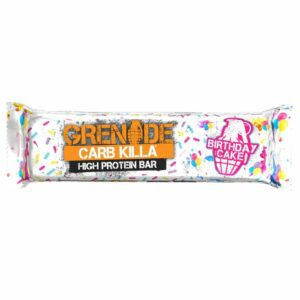 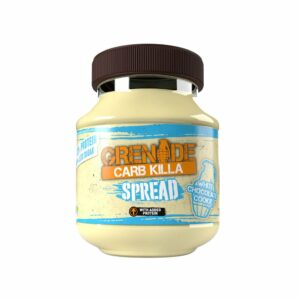 Full of flavour and packed with protein, the Carb Killa shake is the perfect way to up your protein intake without the unwanted calories and carbs! Deliciously smooth and creamy, this protein shake delivers ultimate guilt-free indulgence. It’s also low in both sugar and carbs and is less than 211 calories per 330ml bottle, making it an ideal choice for healthier snackers.

Meet the Carb Killa® protein shake, developed following the global success of the iconic Carb Killa® bars. With under 211 calories and up to 25g of protein in each 330ml shake, they’re the perfect choice for healthier snackers. Great for packing in the protein between meals, this protein shake offers tons of flavour without unwanted calories and carbs.

Our Carb Killa® shakes are informed sport registered, offering the highest quality and ingredients. They’re also available in a number of flavours, from decadent Fudge Brownie to the distinctive Banana Armour – you’ll be spoilt for choice!

Yes, Carb Killa® Shakes are approved by the Vegetarian Society.

WHEN SHOULD I CONSUME A GRENADE® CARB KILLA® SHAKE?

Carb Killa® Shakes can be consumed in between meals for additional protein without unwanted carbs, in a convenient, great tasting drink. They should not be used as a substitute for a balanced diet and it is not recommended to consume more than 2 shakes per day.

I AM TRYING TO LOSE WEIGHT. CAN I STILL CONSUME A GRENADE® CARB KILLA® SHAKE?

The basic answer is yes but only as part of a calorie controlled diet. Consuming more calories on a daily basis than your body requires can lead to an increase in bodyweight regardless of their source. With low sugars, and low impact carbs, Carb Killa® Shake is a protein packed drink which tastes great!

Yes, Carb Killa® Shakes have gone through the Informed Sport testing process and are widely consumed by professional athletes and military personnel.

There are no reviews yet.

We deliver within 48 hours!